King’s Products’ small yet dynamic management team goes to great lengths to provide personalised service, and we are passionate about building strong and lasting relationships with our clients. Because we are invested in the well-being of our community, we employ workers from our immediate surroundings in an attempt to make a difference. We are committed to improving the life of every single person we employ.

THE HISTORY OF ROOIBOS

1772 – Carl Hamburg was the first explorer to recognise rooibos as a delicious tea drink, when the indigenous inhabitants of the Cederberg area introduced him to it.

1904 – Benjamin Ginsberg, a Russian immigrant whose family was involved in the European tea industry for centuries, realised the marketing potential and began trading in rooibos tea.

1930 – Dr P le Fras Nortier, a medical physician and naturalist, realised the value of rooibos as an agricultural product and so began encouraging farmers to cultivate the plant. 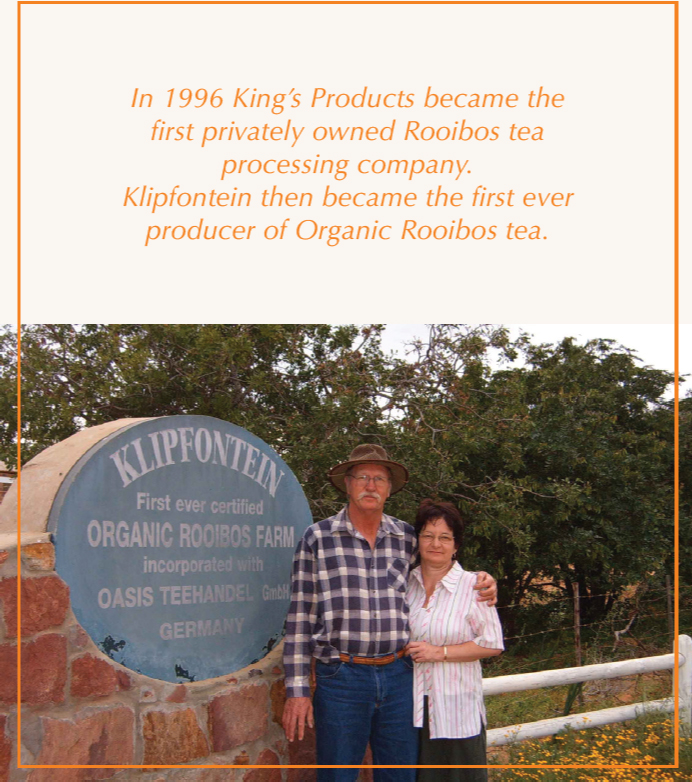